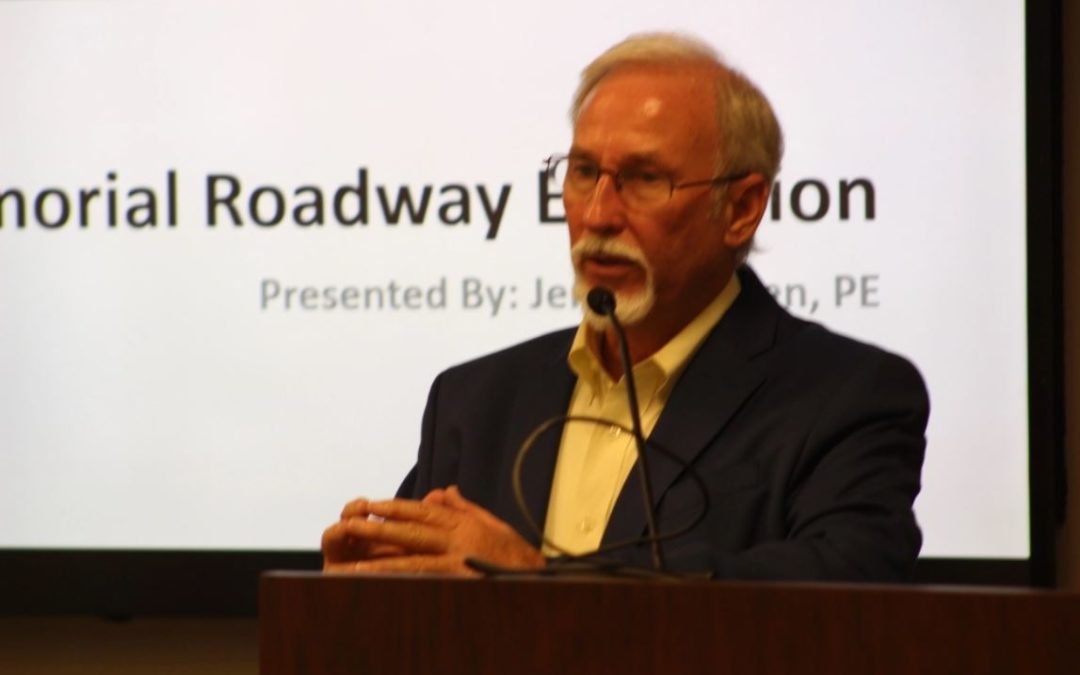 Commissioner James Metts highlighted the projects, including drainage work on Donwick Drive, the expansion of David Memorial Drive and a flyover from I-45 northbound to Hwy. 242 eastbound.

Metts said one of his goals when taking office was to get the flyover completed.

“They are moving along better than I expected,” Metts said. “I did not want this area to be neglected.”

Metts noted the David Memorial expansion is currently underfunded, but he is optimistic that it will be done.

Jennifer Steen, public works department manager with Bleyl Engineering, spoke more in depth on the David Memorial extension, highlighting the number of entities involved with the project, including Shenandoah, Montgomery County Precinct 4 and the city of Conroe.

When completed, the project will be four lanes with a raised median for turn lanes in the Shenandoah section of the project and a proposed bridge over Carter’s Slough.

A section of the project near the Houston Methodist The Woodlands Hospital will be replaced to help with drainage.

Fred Signorelli, project manager with EHRA Engineering for the Donwick Drive project, located north of Hwy. 242, said the project will be completed over three phases, and the changes will help with truck traffic and better drainage.

Signorelli said the project is anticipated to go to construction in early 2022 and take seven to eight months to build.

Michael Keck, project manager with LJA Engineering Inc., said the third flyover is supposed to help with traffic congestion at the intersection of I-45 and Hwy. 242.

Keck said the flyover will use the existing exit for traffic heading east and should help address congestion and improve drainage.

Keck said the flyover could take up to three years to complete with a permit from the Corps and a railroad permit needing to be received.

During construction of the flyover, two lanes are anticipated to remain open for traffic to get through the area.

“We are trying to get a direct connector and a double right [turn],” Keck said.

Steen said when the flyover is being built, the hope is to have the David Memorial extension completed to further ease congestion in the area.

The meeting concluded with questions from area residents in attendance, who asked questions regarding timelines and voiced concerns about general traffic congestion in the area.